The Evolution of The Murphy Bed

What is a Murphy bed?

As you might expect, the Murphy bed is derived from its inventor. Around the turn of the 20th century, William L. Murphy designed a bed that would fold neatly into a closet, inspired by the lack of space in his small studio apartment. He went on to found the Murphy Wall Bed Company, patenting his product in 1911.

How was the Murphy Bed created?

According to Smithsonian Mag, the Murphy bed came to fruition in 1900 in San Francisco. The idea stemmed from when William Lawrence Murphy “was falling for a young opera singer” at the time, and rumor has it he was attempting to legitimize their frequent liaisons without compromising the honor of his fiancee. It is believed that courting customs would not permit a lady to enter a gentleman’s bedroom, so in order to flout this rule, he began working on a fold out bed for his meager one-bedroom apartment, transforming it into a parlor.

“Convertible” beds have been around a long time before the Murphy Bed. According to the Encyclopedia Britannica, the term “Trundle Bed” has been around since the 16th Century, describing all sorts of non-standard small beds. In just one example, the blog Design Bloom, tells us: “...the Emperor Napoleon often made the effective use of daybeds with overhanging tent-like draperies in striped materials creating a regal environment” when visiting the Provinces. Leave it to Napoleon to mix comfort with conquering.

The blog Suite101 highlights an article that originally appeared in Antique Furniture magazine entitled “Early American Folding Dual-Purpose Furniture”. It reads: “American colonists were thrifty souls who found it necessary to conserve space by finding furniture that doubled itself in function while remaining attractive”. Thrift, ingenuity and good taste - further testimony to what made this country great.

Murphy Beds in the 20th Century

It wasn’t until world war II that we saw a re-emergence and interest in the Murphy Bed products. Post-war families living in the city suburbs in small apartments relied on these space-saving products to house themselves and their children.

As a consequence of this, Murphy Beds were plentiful, with designers across the globe creating convertible bed contraptions that would accommodate a family.

In the 1970s, cultivated by economic turmoil, the Murphy Beds thrived, with new innovations and designs introduced within the marketplace. Boston-based William Brouwer, convinced that the other types of convertible beds (Murphy Beds and Sofa Beds) less than comfortable and difficult to operate, adapted the Japanese futon concept for the US. Taking them off the floor, he designed an award-winning three-piece bed frame that also worked out as a sofa - with about twice the padding of the Japanese model.

The Murphy Bed in the 21st Century; better than ever…

It wasn’t until 2005, however, that the convertible bed entered the 21st century. Zoom-Room ™ was introduced in the U.S as the first electronic, remote controlled, retractable bed that was light years ahead of the Murphy Bed marketplace.

Amalgamating design, practicality and of course comfort, Zoom-Rooms murphy beds have revolutionised this space-saving solution, to create a product that can cater to your personal needs without sacrificing on interior style and decor.

With the times, Zoom-Room has evolved and created an electronic, swivel Murphy bed that can seamlessly float into the space with a press of a button. It can be used as a bed in your living room, home office guest rooms, or anywhere that requires a convertible sleep solution. Unlike the Murphy Bed and other wall beds that pull down, The Zoom-Room electronic swivel bed has no doors or obvious panels. Instead, it transitions from a horizontal bed position into a vertical one inside a specially constructed high quality cabinet - making it completely undetectable.

An impressive example of modern technology, the swivel bed is also the ideal complement to other high tech appliances such as flat screen TVs. You can position your television on the Zoom-Room centre shelf for entertaining guests, whilst the Zoom-Bed is housed inside the cabinet.

Indeed, the evolution of Murphy Beds has come a long way since its original design creation. Zoom-Room has adapted the beds to fit in with the prototypical 21st consumers' lives, listening to their problems and providing them with a solution. Have the children flown the nest but need a bed to return to when they come home? A Zoom-Room bed can enable parents to re-decorate their child's room, but still have a bed for when they come visit. Need to accommodate for aging parents? A Zoom-Room electronic swivel bed can comfortably host them, seamlessly tucking away in the day so they have their own private quarters in your home without having to do any manual labor.

Interested in learning more about the most innovative murphy bed the industry has to offer? Call our dedicated team, who will happily provide you with more information.

Reclaim your Floor Space with an Italian Rotating Murphy Bed

Zoom-Bed Installation - Can You Do It Yourself? 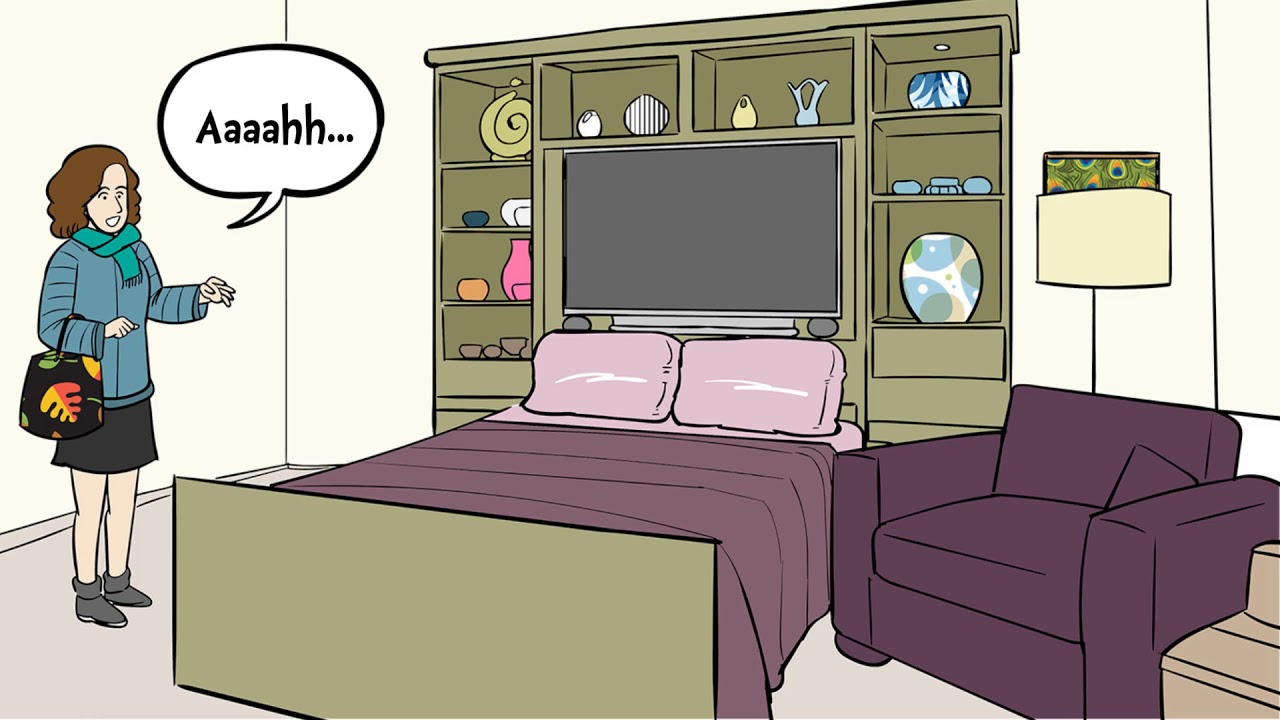